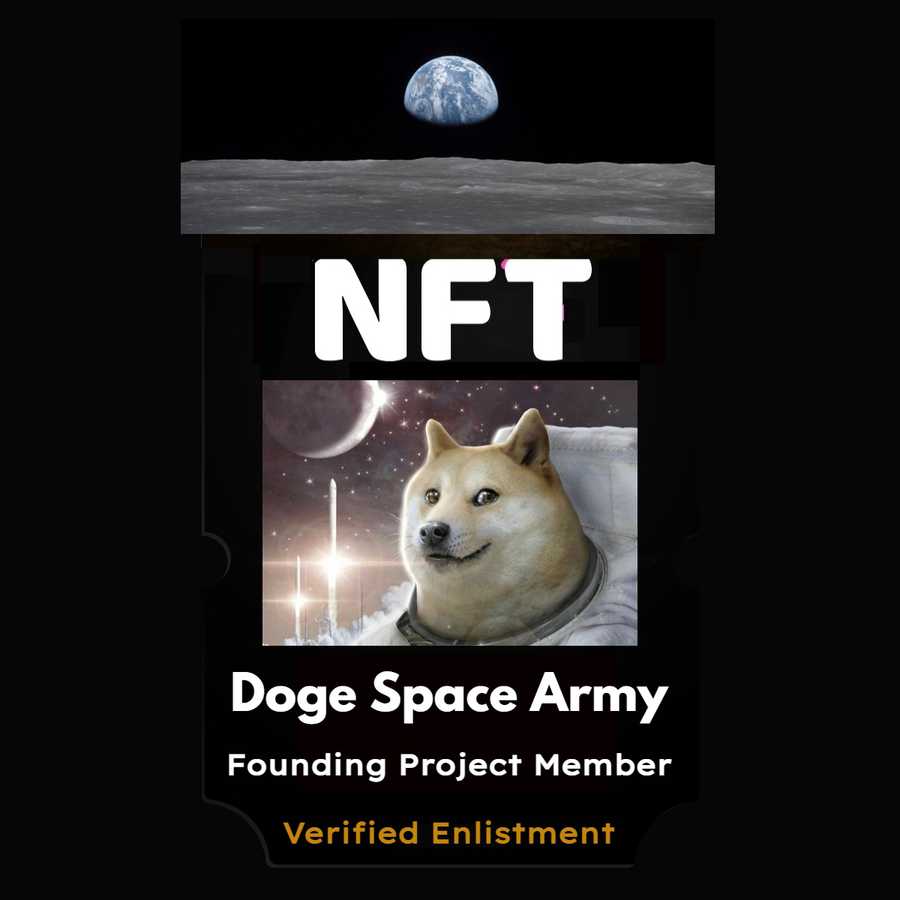 In a world set forth into despair from political upheaval, crumbling economies, and worthless fiat currencies man looks to the heavens for a new hope, a new future.

From this dystopian world arises a band of renegade space warriors set forth to colonize the moon, and eventually Mars. These fearsome and loyal band of space brothers are known as the Doge Moon Warriors.

Grab these limited edition NFT's and wear them with pride as a 'Founding Member' of the Doge Space Army as we battle against the evil forces of the Ethereum Empire.